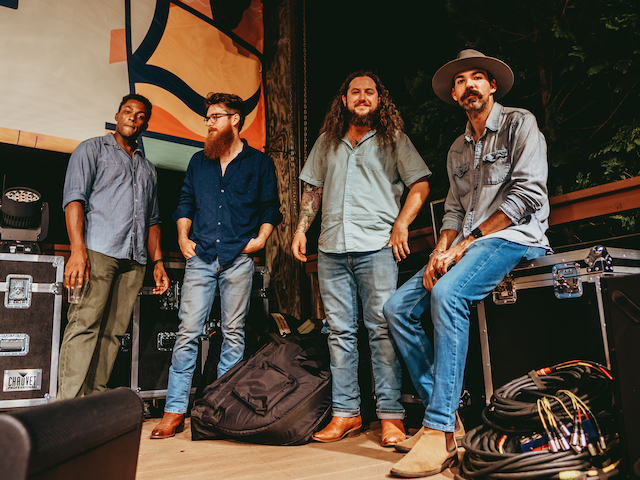 Time Sawyer is interested in “real people and real songs” and that’s just what the listener finds in their music – a sense of realness. Time Sawyer blends a grassroots feel with heart-felt lyrics to put on an entertaining show. From introspective ballads to high-energy crowd-pleasers, Time Sawyer’s songs land in that rootsy sweet spot where folk, alt-country, and rock gather for a good time.

The Folk-Rock band’s name reflects the pull between the past and the future. The character Tom Sawyer evokes the rural background and love of home that the band shares. Time is a muse for songwriting; it’s the thread that runs through life, bringing new experiences and giving us a sense of urgency, while still connecting us with our past.

Time Sawyer has performed on the stages of some of the Southeast’s most iconic festivals, including Merlefest, Floydfest, Bristol Rhythm and Roots Reunion, Albino Skunk Music Festival, Carolina in the Fall and IBMA’s Bluegrass First Class. They’ve shared bills with Langhorne Slim, Eric Krasno, John Moreland, Steep Canyon Rangers, The Wood Brothers, Susto, and many more.

The memorable lyrics and strong melodies result in songs that will stay in your head long after the music stops. Time Sawyer continues to develop a loyal and growing fan base. Whether they’re playing in an intimate listening room or a large outdoor festival, their goal is to forge a face-to-face connection with the audience so that they become friends who happen to be fans. 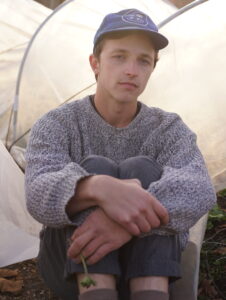 Born in Asheville, North Carolina, Zachary Warren Briggs, at his core, is a songwriter. As a teen, he began remedially filling journals and finding melodies to match.

Growing up in a home with close quarters, his music naturally settled into a place of gentleness: light finger-picking and hushed singing, so as not to disturb his sleeping family. His style began taking shape during nightly front-porch listening sessions, where he learned the power of dynamics from Sam Cooke and the almost-hypnotic effect of clever storytelling from Tom T. Hall. Eventually, he came across songwriters like Townes Van Zandt, Blaze Foley, and Karen Dalton who taught living intentionally for song’s sake and poets like William Carlos Williams, who emphasized a grounded perception of the local.